By bhnadmin on March 12, 2020 in Gardening, Home, Landscaping, Nature 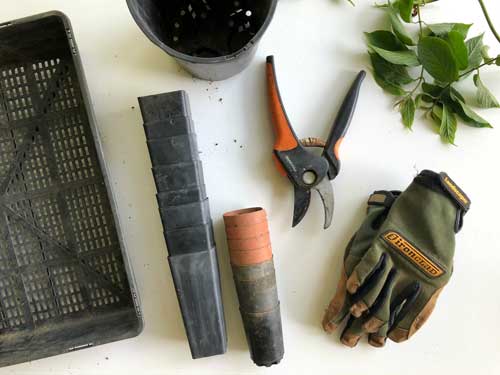 Most shrubs need a certain amount of annual pruning. Sometimes it is only to remove broken or dead branches or those which cross and scrape Early spring is a good time for this type of pruning before the shrub leafs out and hides the problem. The rule for shaping and trimming flowering shrubs is to prune immediately after blooming or fruiting. This works out to pruning early spring-flowering shrubs in mid or late spring and summer flowering shrubs in late summer or early fall. This allows the buds for next years’ flowers to form so you do not miss a season of flowers. Rejuvenation pruning involves removing some of the old woody stems at ground level. Many shrubs will send up new growth and benefit from removal of a few stems each year. If the shrub has been neglected and is very overgrown, a cycle of removing 1/3 of the older main shoots over a 3-year period will stimulate floriferous new growth. If you have no patience for that method, many shrubs can be cut back severely to the ground and will recover. Some shrubs that will tolerate such drastic treatment include spirea, forsythia, deutzia, mock orange and viburnums, but appearance and flowering will suffer for a time.

Wintertime is a good time to study your shrubs and trees and plan what needs to be done. The skeleton of the plant is easier to see with no foliage. Set up a schedule on your calendar to remind you of your plans for the coming season. You might need to study a good gardening book for illustrations. Brambles, roses, fruit trees and grapes require some additional directions to insure a good result. 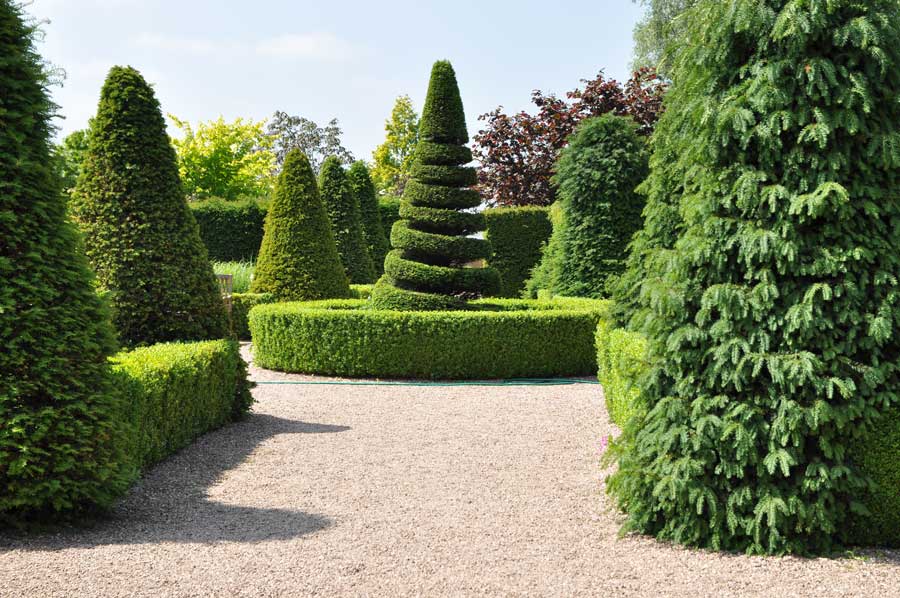 Topiary is taking pruning to a higher level. Plants are pruned or trimmed to traditional shapes. The most often seen is the standard grown topiary. Side shoots are removed from a plant; it is tied to a stake and this allows the top to develop. The top growth is then trimmed to a ball. Topiaries can be trimmed as spirals or double or triple levels of round shapes. Animal and other shapes can be trained over moss-filled forms, but pruning is still the important skill, to direct and encourage branching and control growth. 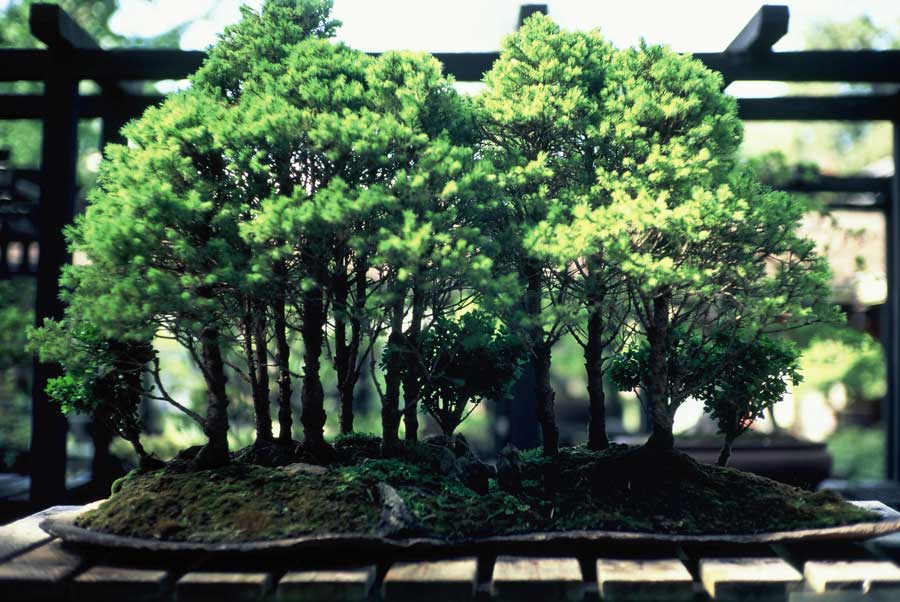 During a recent visit with family in Japan, this writer was enthralled with a spectacular use of trained plants especially bonsai. Pruning both above and below soil levels and careful watering and wintering must merit a Ph.D. in gardening skills. We might be accustomed to seeing trees wired and trimmed with moss covered roots placed in traditional bonsai trays. My favorite has always been the tiny groves of bonsai trees called Saikei or tray landscapes. Because it was autumn, there were exhibitions of chrysanthemums at many of the shrines and castles we visited in Japan. The most amazing exhibits to me were the small flowered mums, shaped as bonsai specimens. Some were the traditional trimmed and trained in tree shapes and some were arranged as saikei. but the most exciting to me were the chrysanthemums trained to grow on top of large stones with roots traveling down the side of the mini boulder to reach the soil. I understand this is called rock clasping or root-over-rock or deshojo. Because the subjects were chrysanthemums, not trees, and the buds were opening, they were spectacular. Certainly involved more than my “pinch mums until July 4th” rule.

Take time this winter to inspect your outdoor shrubs and consult a gardening book or websites for proper pruning of your plants. If you want to practice topiary or bonsai immediately, check your small leafed houseplants and see if there are possible subjects to try your skills. If unsuccessful, they recover. If successful you may have a wonderful plant sculpture to show off to your fellow garden club members.